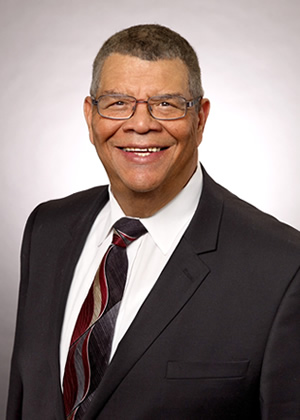 Reverend Maxwell H. Ware is the Senior Pastor of Cornerstone Church of God in Columbia, Maryland. Pastor Ware was raised in Columbus Ohio and was saved in Wilson & Fair Church of God now First Church. He has served in the church body in various capacities as a lay person. After being called to ministry in 1969 he served as an Associate Minister in various congregations before God called him out to start and Pastor Cornerstone. On a national level he served on Warner Press Board of Directors, and is Presently Chairman of the Elder Board of the Chesapeake, Delaware, and  Potomac District of the Church of God. Before serving in full time ministry, he was employed by several fortune 500 companies, and served in a number of middle management positions.  He also served in the military and Retired as a Major in the United States Army.  After leaving private industry, Pastor Ware founded Cornerstone Church of God with where he has pastored for the past 20 years.  Under his leadership a new 400 seat building has been completed. Reverend Ware was widowed  2010 when his wife Beverly passed away. In that union he was blessed with five children, and seven grandchildren.  In January 2014, Maxwell Ware was blessed to marry Sheila Baratta Ware who retired from the LA Unified School System; and now resides in Maryland,assisting him in ministry at Cornerstone.